Jean Claude Juncker has presented the Roadmap for a More United, Stronger and More Democratic Union, which deals with the future of EU up to 2025. Long awaited timeframe for the accession of Serbia to EU, and the initiative for a concrete accession strategy is analyzed by BCSP's intern Mijat Kostic. 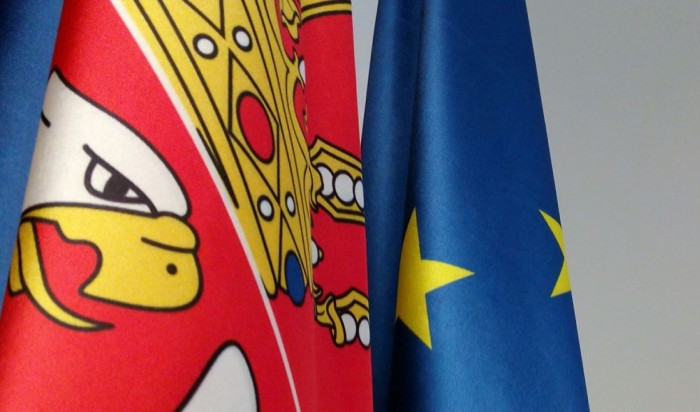 The text is part of the 12th newsletter rEUformator - informator about chapters 23 and 24.

During his State of Union address, the president of the European Commission (EC), Jean Claude Juncker, has presented the draft of the "Roadmap for a More United, Stronger and More Democratic Union". This Commission work program contains initiatives for further actions to be taken in the next sixteen months, but also the long-term plans for the future of the Union up to 2025. This draft is based on the five possible scenarios for the future of EU which were presented in the White Paper on the Future of Europe, the paper brought up by European Commission earlier this year on March 25th in Rome. Relaying upon those scenarios and the Bratislava Agenda as well, the EC tends to "move from reflections and debate to the first concrete proposals for the future of Europe".

In the "Priority 9" section, as a part of initiatives to be launched by the end of 2025, Juncker brings forward the strategy for a successful accession of Serbia and Montenegro. This shows, for the first time in a while, the will and determination to define the timeframe for finishing the negotiation process of Serbia which started in 2014. The optimistic sound of this initiative is however conditioned by fulfilling all the necessary criteria, with a special emphasis on the rule of law, fundamental rights, fight against the corruption and the stability of the region.

Commissioner for European Neighbourhood Policy and  Enlargement Negotiations, Johannes Hahn, said that he would be very pleased if all the negotiation chapters could be opened in the next 12 or 18 months. He also stressed that ‘’there is no speed limit on the highway to membership but, ultimately, the quality goes before speed’’. In the context of that quality, Serbia will have to make additional efforts to do the necessary reforms but also to align its foreign policy with EU Common Foreign and Security Policy (CFSP). Although, not even the member states have a total consensus on the foreign policy, the matters of big importance, such as imposing the sanctions on Russian Federation, are on the list of requirements that countries need to respect if they want accession into a full membership. Hahn pointed out that even though the CFSP framework should be respected, each country has its own freedom of making the bilateral relations with all the other countries which are not the members of the EU.

With Serbia having provisionally closed only two chapters of negotiation so far (Chapter 25: Science and research, Chapter 26: Education and culture), there is still yet work to be done and progress to be made in the years to come. Aforementioned issues which are regulated by the Chapters 23 and 24 will definitely be the most problematic ones, since they refer to the rule of law. Chapter 23 regulates Judiciary and fundamental rights, while Chapter 24 deals with the justice, freedom and security issues. Those reforms have been the hardest and the least successful ones in the Serbia’s post-socialist and post-authoritarian transition period. Chapter 35 is going to be the toughest one to negotiate, and probably the biggest potential to be marked as the delaying factor, since its main subject is the Kosovo issue.

Is the accession by 2025 reality or wishful thinking?

The objective reality of Serbia’s accession by 2025 is something that should be questioned or, at least be critically approached, despite all the optimistic speeches and wishful thinking by the EU commissioners. The minister for the European integration, Jadranka Joksimovic stated that it is impossible to open all the chapters by 2019 . She pointed out that Serbia needs to adopt a national document in which it embraces the aquis communitarae, which is technically impossible until the 2022, with all the preparations and revisions.

Also, another fact is that each member state needs to vote upon the further enlargement in their national parliament or, in some particular cases, even on the referendum. On the other hand, the Serbian government itself could raise this question on a referendum, which shows that even after the closing of the chapters there is a still number of procedural and technical matters, which could further affect Serbia’s accession by the 2025.

These reform issues, especially in the fields that are covered by the Chapters 23 and 24, which are the last to be closed, show us the need for a faster and more efficient progress. By comparing the annual EU Enlargement Strategies for each year, it is hard not to notice that the same problems considering the Serbia’s reforms remain unresolved for a decade already. The EU Enlargement Strategy Paper 2010 points out that the Serbia needs to put additional effort regarding judicial and public administration reforms, as well as the fight against corruption and rule of law. In the EC’s Serbia report 2016 the same reforms are still mentioned as one of the main topics in the context of the further integration.

Also, in the 2016 Communication of EU Enlargement Policy it is stated that the Serbia has made no progress when it comes to the improvement of the full exercise of freedom of expression. The situation of socially vulnerable groups, such as Roma, LGBT, people with disabilities and with HIV/AIDS etc. should also be improved. The question of privatization and restructuring of state-owned companies, which was delayed according to EU Enlargement Strategy Paper 2010, is still an important issue in the 2016 Communication for EU Enlargement Policy paper. Expansion of the private sector is hampered by the weak legislation and ineffective implementation of the existing laws. Small progress with regard to property rights and lack of legal basis for restitution are the ongoing problems which have to be answered more efficiently.

However, the biggest issue still remains the normalization of the relations between Belgrade and Pristina. During his last visit to Belgrade, Johannes Hahn stated that "the EU must see a permanent, binding, sustainable and irreversible normalization of relations before Serbia's final accession". It is most likely that the very end of this normalization process would have to end with a comprehensive normalization agreement that might be interpreted as a de facto recognition of Kosovo’s independence, which will definitely be the biggest stumbling-block as it could affect Serbia’s national security and even cause internal division and turmoil.

The future of Europe and the uncertainty

The problems within the European Union itself will also reflect on the Serbia’s future accession. While the EU Commission calls for a more united and stronger union, at the same time the number of euro-sceptics and anti-EU movements and parties grows and gains more and more support. The alienation of the , so-called, "Brussels bureaucracy" from the common people, lack of the common European identity, Brexit and the migration crisis have turned to be the cause of the growing nationalism within the member states, which could shake the very foundations of the EU.

In case of any of the five possible scenarios for the future of EU, the future of Serbia’s negotiations and accession still remains uncertain and unpredictable. All the aforementioned issues and questions are giving us not very optimistic picture when it comes to the matter of Serbia’s membership in EU by 2025. But, nevertheless, the fact that there is a positive attitude towards Serbia’s integration, as well as the concrete strategy and time framework, seems encouraging and it may foster Serbia’s further reforms.