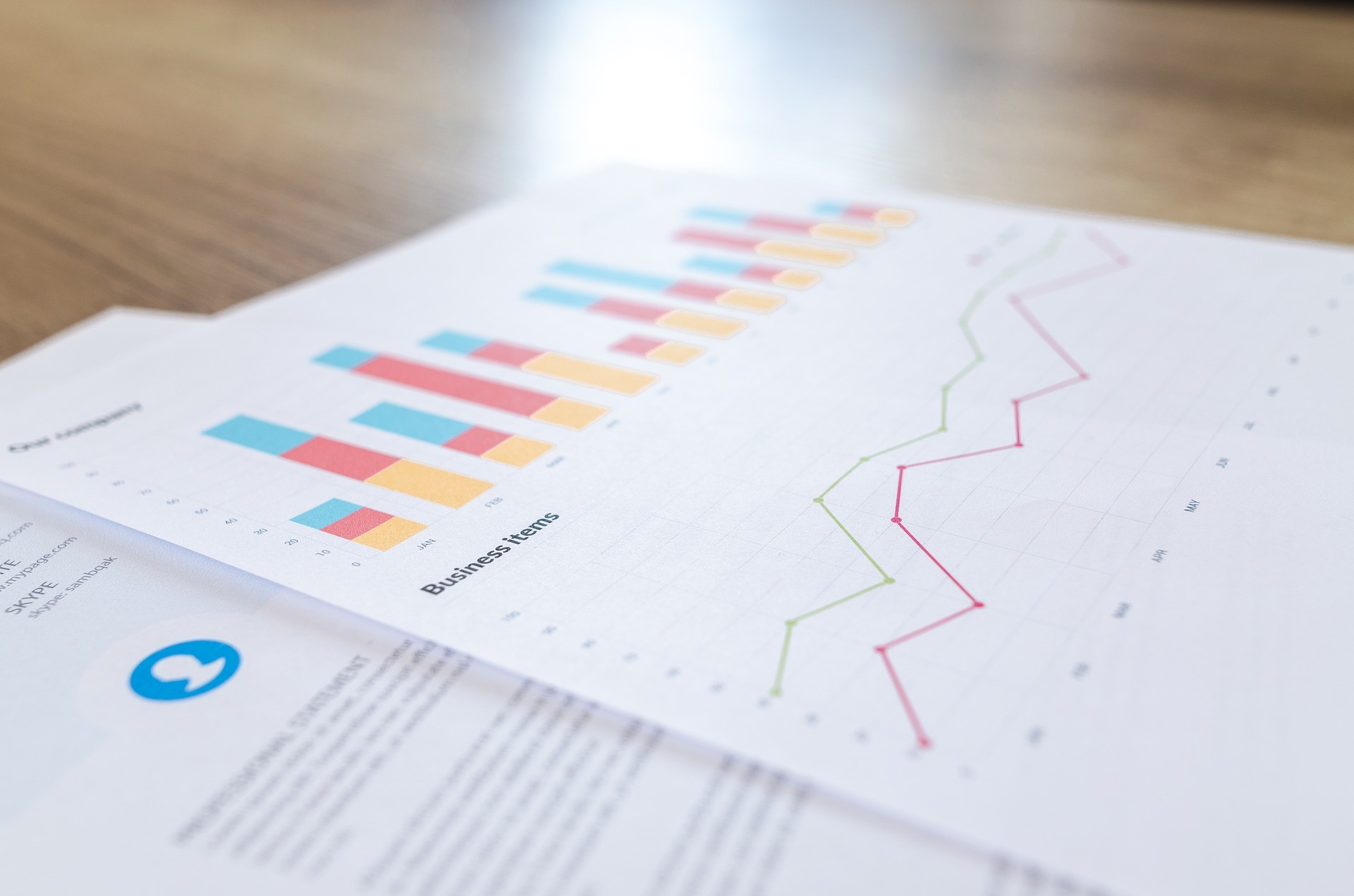 The Law on Free Access to Information of Public Importance, effective in Serbia since 2004, has proven to be the most important means of achieving more accountable government, revealing irregularities in their work, and monitoring the implementation of laws in all other areas and the work of investigative journalists. According to relevant international research, this Law continues to be regarded as one of the best laws in existence. Nevertheless, the need to improve or further elaborate certain standards has long been recognised. Consequently, draft amendments were developed back in 2012, only to be withdrawn from the procedure by the Government the following year. Even earlier, in 2007, the draft submitted by NGOs and supported by 35,870 voters was submitted but never discussed.

The process of drafting new legal solutions could have been completed very quickly had there been a will at the political level of decision-making to do this. Instead, changes were planned for the distant future; however, not even these deadlines were complied with, and therefore the Law has not been amended even at the time when such changes were originally planned in national strategic documents (in 2014, according to the Action Plan for the implementation of the Strategy for Fight against Corruption), or within the deadline (2016) that was set forth in the Action Plan for Chapter 23 of the negotiations of the Republic of Serbia with the European Union. Amendments to this Law were planned, or mentioned, also in other strategic documents of the Republic of Serbia, i.e. in connection with the public administration reform and the open administration partnership. Recommendations stating that this Law should be amended were also provided by international institutions (e.g. SIGMA, in 2016).

As regards the Action Plan for Chapter 23, the recommendation itself is very poorly defined because it links the problems of access to information to specific areas (some of them erroneously selected) instead of the systemic absence of the will to apply the Law in each case that involves a binding decision of the Commissioner (according to the report for 2017, 203 such decisions were never complied with), the Government’s ignoring of requests, and increasingly more frequent suspicious claims by the authorities that they cannot provide access because they allegedly do not possess the information in question. These problems, which continue from one year to the next, are compounded by the fact that the National Assembly had last considered the conclusions contained in the report of the Commissioner for 2013, without (even then) holding the Government accountable for unresolved problems. In 2017, “the institution of the Commissioner and the Commissioner himself were exposed to a negative campaign on the occasion of the Commissioner’s alleged candidacy for the position of Mayor of Belgrade”. In the second half of 2017 there has been an extremely small number of initiated procedures aimed at sanctioning offenders, coupled by a complete blockade of the legal mechanism for the enforcement of the Commissioner's decisions.

Despite a number of useful provisions, the Draft Amendments to the Law, published by the Ministry of State Administration and Local Self-Government in March 2017, have turned out to be a disappointment. The Draft contains certain solutions that will narrow the scope of the right to access information and slow down the exercise of said right. It is unacceptable to have a Draft -  developed to improve the situation in the area - which is in some cases actually worse that the current Law or the recommendations that have provided to our state authorities by experts of international organisations that have been called upon to provide their opinions, which does not solve problems that have been identified in the Commissioner’s annual reports or the problems that were explicitly mentioned in the description of the situation for the negotiating Chapter 23, and which lags behind even in comparison with the solutions that served as the starting point for its development (Draft Amendments of 2012). We believe that no improvement made in the legal text can annul the deterioration of other provisions, which is why neither this Draft nor the subsequent proposal and the adopted amendments should be interpreted simply by adding ‘pros’ and ‘cons’.

The right to access information is effectively reduced in the amended Article 3, which specifies the “public authorities”. The biggest problem is the total exclusion of corporations that “operate on the market in accordance with corporate regulations”, even when the state is a member or a shareholder in such a company. Numerous companies with significant public assets at their disposal have thus been relieved of the obligation to provide access to information, simply because they have changed their legal form at a certain time - the most frequent change being the transition from the status of a public company to that of a corporation. Examples include companies like “Elektromreža Srbije” [electric company], “Koridor Srbije” [road company], DIPOS and “Serbian Railways”. Since the decision on which companies are to change their ownership form is ultimately arbitrary, because it depends on the free assessment of the Government and local assemblies concerning their usefulness (although conversion in some cases is also a consequence of compliance with EU regulations or the intention to sell company shares), the inclusion of such a provision in the Law could lead to a drastic reduction of transparency of the work of this part of the public sector. There is a noticeable trend to convert an increasing number of previously publicly owned companies into corporations, while simultaneously retaining the same business activity and assets, and there are consequently no reasonable grounds for things to be significantly different when it comes to obligations relating to the transparency of work. On the contrary, there is an increasing need for the Law on Free Access to Information of Public Importance to provide insight into certain data also in companies in which the state is a minority owner, so that the public can have the opportunity to gain insight into the rationale behind the use of public funds and the work of state representatives in such companies. This is particularly important in the case of joint ventures established within the framework of a public-private partnership, where the public partner not only contributes a portion of the assets in the company, but may also have obligations in terms of the overall business operation of such a legal entity.

It should be noted that the existing Law on Free Access to Information already offers a possibility to protect legitimate interests of such companies (e.g. protection of business secrets) when they can be compromised by the disclosure of information that is also of interest to their competitors. It is only necessary that these interests be properly reasoned and based on legal grounds that have been recognised by the legislator.

The Article that governs the misuse of the rights introduces the possibility for the authority to deny a request “IF ACTION OF PUBLIC AUTHORITY UPON A REQUEST WOULD IMPLY EXCESSIVE USE OF TIME OR RESOURCES, DISPROPORTIONATE TO THE INTEREST OF THE PUBLIC TO KNOW”. In order for this exception to be justified, it is necessary that the public authority previously make an effort to satisfy the request of the applicant, to the extent and in a manner that would not disturb the normal functioning of said authority. In addition, it would not be appropriate for a public authority to state that it is difficult for it to act upon the request, while it, on the other hand, has violated a statutory or other obligation to improve the information management system, i.e. by establishing a database.

Article 27 foresees a change that would introduce different rules in relation to the related provisions of the Law on Administrative Disputes and the long-established jurisprudence of the former Supreme Court of Serbia (Administrative Department) and the present Administrative Court. According to the Draft, a public authority (and not just the information seeker and the public prosecutor in exceptional cases) could initiate an administrative dispute against the decision of the Commissioner. Such jurisprudence stems from the rule that a lawsuit filed by a first instance administrative body against the decision of a second instance body is not permitted, although it is applied in administrative disputes in other areas. At a public debate on the Draft, held on 27 March 2018, a representative of the Administrative Court pointed to the unconstitutionality of this Draft solution.

This rule would significantly jeopardise the exercise of the right to access information of public importance, and therefore should not be accepted (amended Article 27 paragraph 1), not even if it is established that it is in accordance with the Constitution, other regulations, the intentions of the original drafter, or the practice of other countries, as it is sometimes claimed. If such a solution was to be accepted, public authorities, which are currently committing an offense when they fail to act on the Commissioner’s final decisions, would be able - after unreasonably denying access to information - to continue to deny it legally. Since waiting for documents lasts too long to begin with, the introduction of the possibility of additionally prolonging it by at least several months would represent a serious attack on the exercise of the right to access information. It can be expected that this would generally present the greatest threat to organisations that are striving to make the government and investigative journalists more accountable, because it would in many situations prevent from being able to warn the public, in a timely manner, of the harmful decisions of the public authorities. This would also cause damage to the society as a whole, which should otherwise benefit from monitoring the work of public authorities. There is another reason for not accepting this provision, which should not be forgotten: its introduction could significantly improve the work of the already overburdened Administrative Court.

In connection with the above, we note that data from all the previous reports of the Commissioner show that in the vast majority of cases the complaints of information seekers were justified, and that in most cases public authorities voluntarily complied with the requests, without waiting for the Commissioner to take a decision, or that they acted without complaining once the decision was issued. It can be expected that the introduction of the right to initiate an administrative dispute could lead to a reduced willingness of the public authorities to comply with the Commissioner’s decisions, but also to a reduced willingness to initially provide information to the seeker (counting on the possibility that s/he will give up the attempt due to the long duration of the dispute).

There have been a couple of dozen situations where the public prosecutor has initiated an administrative dispute against the decision of the Commissioner based on the initiative of a public authority (a total of 26 until March 2017 and four in 2017, according to the last report), because the charges had to pass the “filter” of the prosecutor’s assessment concerning the existence of a violation of the law at the expense of the public interest. If it is left to the public authorities to assess whether the Commissioner’s decision caused a breach of public interest, it is to be expected that the number of such administrative disputes will be hundreds of times higher.

The Draft Law failed to provide for a more efficient system for the enforcement of the Commissioner’s decisions. Also, the Draft fails to solve some other problems that have been known for a long time, such as, for example, the inability to file an appeal when information is denied by six public authorities (the Government, the national Assembly, President, the Supreme Court of Cassation, the Republic Public Prosecutor, the Constitutional Court), or the issue of covering the cost of photocopying of documents.

In order to overcome the biggest problems mentioned herein, and to specify and improve the Draft Law in relation to other issues (e.g. appointment and dismissal of the Commissioner, the definition of newly introduced categories of public authorities), Transparency Serbia has prepared an analysis and provided specific recommendations for amending and supplementing the provisions, e.g. provision of additional explanations. The full document is available in Serbian.