The first draft of the revised Action Plan for Chapter 23, on anti-discrimination policy, does not contain the CEDAW Committee recommendations that Serbia received in March this year, although this would have been expected. Unsurprisingly, the new Action Plan for the Implementation of the Gender Equality Strategy, in the planned activities, budgets, and impact assessment indicators, does not sufficiently integrate these recommendations. What does this say about the "commitment and seriousness" of state actors, writes Tanja Ignjatovic from the Autonomous Women's Centre. 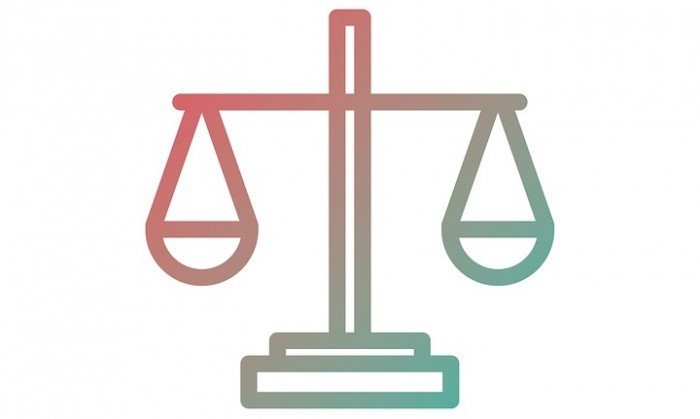 The article is part of the 19th newsletter rEUformator - informator about chapters 23 and 24.

The purpose of this text is to highlight the lack of alignment of national policies in the field of gender equality with obligations under international treaties, which is also reflected in the Draft Revised Action Plan (AP) for Chapter 23 - Judiciary and Fundamental Rights.

One of the indicators of the impact achieved are the recommendations addressing the principle of non-discrimination and vulnerable social groups in Serbia's progress documented in the Concluding Observations of the United Nations Committee on Elimination of Discrimination Against Women (CEDAW).

Given that Serbia received the new CEDAW Committee Concluding Observations on March 8, 2019, it was expected that the recommendations of this international body would be integrated into the revised Action Plan. However, this did not happen.

At the same time, a new Action Plan for the implementation of the Gender Equality Strategy for the period 2019-2020, which represents one of the activities in Chapter 23 AP, and whose public debate has just been completed, does not sufficiently integrate CEDAW's recommendations into the plan of measures and activities.

Commitment to full implementation of the recommendations

Although the Office for Human and Minority Rights in a series of news on the preparations and the process of presenting the Fourth Periodic Report of the Republic of Serbia on the Implementation of the Convention on the Elimination of All Forms of Discrimination against Women emphasized "commitment and seriousness", "commitment to the full implementation of the recommendations", and that "Serbia has achieved significant results when it comes to the advancement of women," that is, "71 percent of recommendations are fully met" and that "intensive efforts are being made to implement other recommendations," the CEDAW Committee's new Concluding Observations have not confirmed this. The Office also reported that: "The Government of Serbia gives great importance to the recommendations received and the goal is to implement them in the next four years."

First, Serbia did not realize 71 percent of the CEDAW Committee's previous recommendations (though it is unclear who made this assessment and how). On the contrary, in 2019, the Committee reiterated all its previous recommendations in four areas: temporary special measures, discriminatory gender stereotypes, employment and women's health. At the same time, Serbia did not receive only 28 new recommendations, as stated by the Director of the Office for Human and Minority Rights, and it is not true that "there are no serious objections to Serbia's activities in this area", as it was pointed out at a Government meeting. Examining the documents, it is easy to find that at least 77 recommendations were received in 24 areas (some of them are complex and contain several specific recommendations). However, it is correct to state that a "consensus on how to measure progress in implementing the recommendations" should be established.

Although the involvement of the Office for Human and Minority Rights in this area was significant, the Committee emphasized the key role of the legislature in ensuring the full implementation of the Convention and called on the National Assembly to take the necessary steps to implement the new Concluding Observations. Should it be said that neither the Fourth Report of Serbia nor the new Concluding Observations of the CEDAW Committee were considered by the National Assembly in the plenum, nor by the Committee on Human and Minority Rights and Gender Equality, which better reflects the true nature of "commitment and seriousness", as well as "commitment to full implementation" of international obligations.

What did the CEDAW Committee recommend, and what had to find a place in the first draft of the revised AP for Chapter 23? If we exclude recommendations relating to specific areas (such as employment, health, education), which should be included in the relevant chapters, we will focus our attention on the visibility of the Convention, the legislative framework and definition of discrimination, the role of the judiciary and access to legal assistance, national mechanisms for the advancement of women and independent human rights institutions, temporary special measures and recommendations regarding women from vulnerable social groups. All of the topics listed are relevant to Chapter 23 - Justice and Fundamental Rights.

The Committee stresses the importance of the visibility of the Convention, the Optional Protocol, and the General Recommendations and calls for their continued monitoring and impact assessment, for all measures to be taken against anti-gender discourse and its negative impact on the state's achievements, for raising awareness of women, including women from the marginalized social groups, about their rights. The state is reminded of the importance of adopting new anti-discrimination laws (which have stalled since 2016), as well as of providing sufficient budgetary resources for regular monitoring and assessment of their impact.

The Committee requests that the provisions of the Law on Free Legal Aid, the Law on Prevention of Domestic Violence and the Draft Law on Gender Equality be reviewed to provide access to free legal aid for victims of all forms of gender discrimination, as well as to enable various actors, including civil society organizations, societies, and universities, to provide it. It is recommended that the state aid system entails adequate human and financial resources to monitor the effects of the application of the Law on Free Legal Aid. The Committee seeks to strengthen the knowledge of judges, prosecutors and lawyers about the Convention to apply it directly in court proceedings.

When it comes to national mechanisms for the advancement of women and gender equality, it is recommended to strengthen their mandates and independence, finalize the establishment of mechanisms at the local level, and ensure adequate human and financial resources for their work and implementation of the new Action Plan for the National Gender Equality Strategy. It is also recommended to improve cooperation with civil society organizations, especially women's organizations, by financially supporting their work and systematically engaging in the development of appropriate laws, policies, and programs, nationally and locally.

The Committee also refers to the work of independent human rights institutions, calling for the visibility, accessibility, and transparency of the Ombudsman institution, especially in rural areas, to encourage women to use this complaint mechanism and to ensure that it operates in accordance with Paris principles. However, the Committee does not refer to the work of the Commissioner for Protection of Equality, and it should be noted that the Commissioner missed the opportunity to report to this international body on the status of women, although a Special Report on Discrimination against Women (2015) was also produced during the period under review.

Concerning temporary special measures, the Committee reminds Serbia of the previous recommendations and adds that their implementation in all areas of the Convention should be strengthened, especially for women belonging to multiple discriminated groups, but also to raise awareness of such measures and to improve the collection and analysis of gender-sensitive statistics, to assess the impact of these measures. The Committee calls on the state to vigorously pursue efforts to eliminate the multiple and interconnected forms of discrimination experienced by women exposed to unfavorable social impacts. Because this issue is seen as a matter of urgency, Serbia is required to provide written information within two years on the steps taken to implement this recommendation.

From all of the above, based on the review of the first draft of the revised AP for Chapter 23 on anti-discrimination policy, as well as the new AP for the implementation of the National Gender Equality Strategy, it is quite clear that planned measures and activities, budgetary means and indicators for assessing effects, do not contain the CEDAW Committee's recommendations presented in this text.