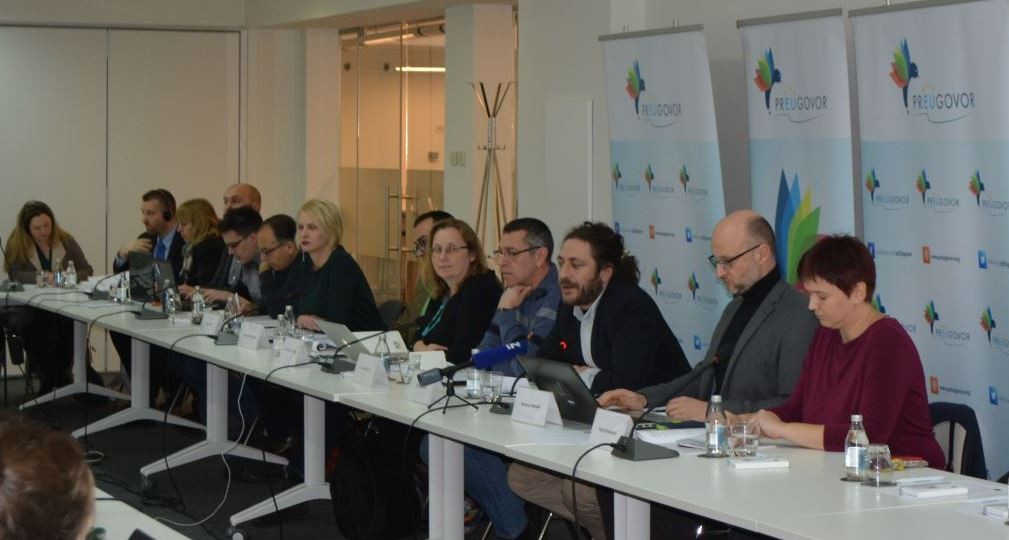 The upcoming revision of Action Plans for Chapters 23 and 24 should not be reduced only to changing deadlines, it is necessary to introduce key changes based on the lessons learned in the previous period, it was concluded at a round table organized by the prEUgovor coalition on December 19 in Belgrade.

After the European Commission published its second in a row Report on the State of Play in Chapters 23 and 24 (the so-called non-paper), in which a number of delays in implementing the planned reforms in the field of the rule of law were noted, the Serbian Government will revise the two key strategic documents for these chapters. There is still no information on the content and scope of the changes planned available to the public. The goal of the round table of prEUgovor coalition was to start discussions on this topic with representatives of institutions, independent state bodies, civil society organizations, as well as embassies and international organizations interested in the rule of law.

The Action Plans for Chapters 23 and 24 are documents in which the roadmap that should lead Serbia to the key changes in society is laid out, but the question remains what Serbia would be like at the end of that road. Many of deadlines have been broken, but that is not essential. The key problem of whether Serbia is really moving in direction of changes in the society remains, Srđan Đurović from the Centre for Applied European Studies pointed out in his keynote speech.

Nemanja Nenadić from Transparency Serbia told that the upcoming year should be the crucial moment for revising the Action Plan for Chapter 23, because the Action Plan at the time does not have measures directed to resolving some of the key problems in the field of anti-corruption.

“If the European Commission does not identify all the problems and does not specify everything that should be changed, that does not mean we should not make an additional step in that direction on our own. Even though the Action Plan for Chapter 23 is quite detailed, it did not cover everything. For example, the process of making bills into laws, lobbying and other ways of influencing decisions making are not covered by it,” Nenadić noted.

He also said that the measuring effects of implemented reforms is a key issue in the upcoming period, and that the most important thing for Serbia is to not give up of its anti-corruption rules when concluding intergovernmental agreements.

“This is also a problem that is not touched upon in the Action Plan and it is very important. If we apply anti-corruption measures within public companies when they conduct public procurement for chairs, it is not clear why we are giving up on them when we construct highways,” Nenadić concluded.

Another problem is the Government’s approach to reforms, which in the area of ​​gender equality and non-discrimination is reduced to the ticking of boxes and saying measures are successfully implemented, even when there were no measurable changes. In some cases even backsliding was evident, said Vanja Macanović from the Autonomous Women's Center.

“Some proposals mean a step back, for example, the new Law of Gender Equality which is worse than the current one. The public discussion on the Law on Financial Support to the Family with Children was implemented in January 2016, and the bill that ended up in the Parliament in December this year had nothing to do with what was discussed. For example, the law retains discriminatory provision that states that women who have agricultural insurance or are self-employed will receive compensation for only one year, while other female employees are entitled for two years,” said Macanović.

She made an objection for breaking deadlines, but also directed the attention to the fact that a much bigger problem is that we do not see the direction in which the reforms are going and what are the end goals, which prevents equal participation.

Branko Čečen from the Centre for Investigative Reporting of Serbia reminded of the worsening situation of independent media in Serbia who, in order to fight for their rights, organized themselves around the Media Freedom Group.

“Slowly but surely, the EU is becoming increasingly aware of the problem with independent medias in Serbia. This is proven by the latest semi-annual non-paper report, in which the European Commission explicitly stated that there would be no compromise with the freedom of the media. Problems that cannot be addressed in the media are reflected in increased tensions in all spheres of the society,” Čečen said.

The Law on Asylum is one of the few legislations that was adopted with an adequate public debate within the framework of Chapter 24, said Vladimir Petronijević from Group 484.

“Migration and asylum are the areas where most progress was made within the action plan for Chapter 24, but there is still a need for better linking of state institutions and organizations to make the system work the best way. The lack of coordination of the most important actors in this field is currently the biggest weakness of the asylum system of the Republic of Serbia,“ Petronijević said.

In the same chapter, but within the area of prevention of trafficking in human beings, there are 15 activities foreseen by the Action Plan. None of these activities has a clear implementation plan, says Ivana Radović from ASTRA - Anti-trafficking Action.

“The measuring of effects of the reforms implemented in the fight against trafficking in human beings is non-existent.  Also, none of the victims of trafficking in Serbia have been compensated in the course of criminal proceedings,” Radović said.

The revision of the action plans for the most important chapters in the process of accession negotiations with the European Union must be used to strengthen internal security, and we must prevent a trend of legislative changes that reduce accountability and increase discretion in decision-making, said Sonja Stojanović Gajić, Director of Belgrade Centre for Security Policy.

"The amendments to the Law of Police are being adopted in an urgent manner, and the main novelty is to undermine the possibility of adequate career progression of the professional police force. An internal call for police advancement was mandatory under the 2016 Law on Police, which is a good thing now made pointless by the introduction of a number of exceptions to this rule. Under the pretext of cooperation with EU member states, the instruments of civil and democratic control over security institutions are being dismantled,” warns Stojanovic Gajic.

Round table is the part of the project prEUgovor Policy Watch: Monitoring the Reforms in Chapters 23 and 24, funded by the European Union. 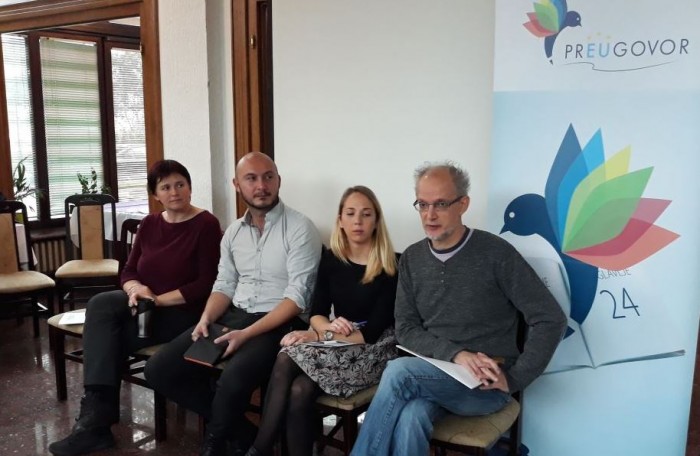